Kimiko Tsukada passed away at 1:33am, April 19, 2018 in Los Angeles.
She volunteered for me when we held the one-day-screening in four-city around the world event in New York back in 2010. She got ill after moving to LA in 2014. Thank you, Kimi-chan, for being my friend. Rest in peace. Love.
つかだきみこさん、というより、きみちゃん！と呼ぶのが自然です。
４月１９日午前１時３３分にロスアンゼルスのホスピスで亡くなりました。ニューヨークで友達になり、２０１０年、世界の４都市で同日に行った上映会では、ボランティアとして手伝ってくれました。２０１４年にロスに引っ越してから発病。頑張って闘病していましたが、早く逝ってしまいました。心よりご冥福をお祈りします。ありがとう、きみちゃん。会えてよかったよ。 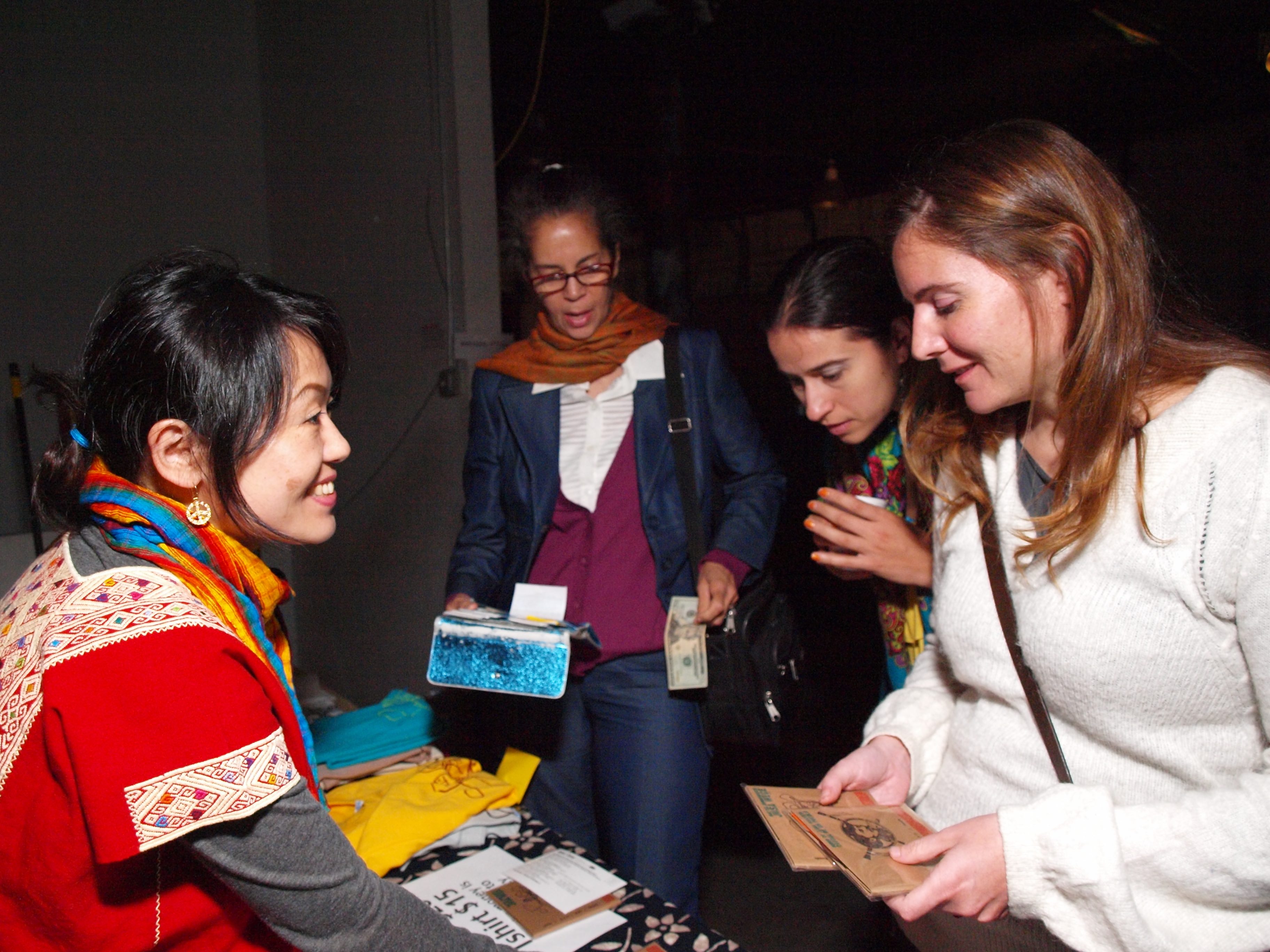 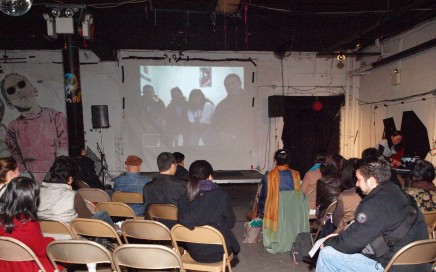 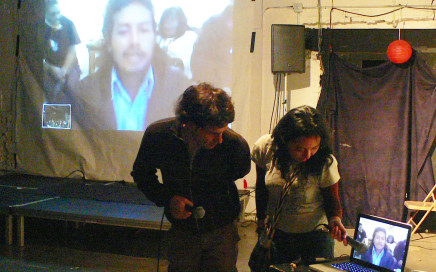 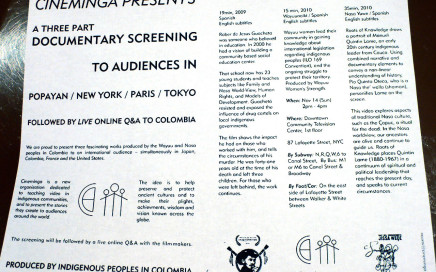 Biratori-cho village is the home to Ainu people in Hokkaido, northern part of Japan. Their language is getting extinct and UNESCO has recognized it as critically endangered.

Only few people left who know how to speak in Ainu language. Behind it, there is a sad history: the Ainu people were discriminated against by Japanese people. So, most of parents didn’t teach Ainu language to children in early 20th century, even at home, to protect them from bullying at school.

I am Japanese and don’t remember learning much about the Ainu people in school. Maybe, there was one line in a textbook that said the Ainu people live in Hokkaido or something simple like that. I didn’t learn anything about the old law issued in 1899, the Hokkaido Former Aborigines Protection that prohibited the traditional way of hunting and fishing, changed Ainu names to Japanese ones, and didn’t allow talking in Ainu. This law was abolished in 1997.

I first visited Biratori-cho in 2008 and have been thinking about how they can use video for themselves, especially to preserve their culture and language.
When I visited in May this year, I attended a “Kataribe, or story-telling” project. It is a gathering of locals where old people talk about their experience as the Ainu. A local Ainu language class started this project. In the classes, elders and young people learn Ainu language and traditional songs and stories. There are also classes to teach traditional culture, such as cooking and rituals. This village is very enthusiastic about preserving the Ainu culture.

Since I had some second-hand cameras at home that my friends donated for my projects, I decided to send one video camera along with a nice microphone and tapes, and a digital camera. And I made a video tutorial and uploaded it on Youtube, so they could learn how to use the equipment.

They were happy to get the donation and a local newspaper wrote about it.
I told them to keep filming and we could think about what to do with the footage.
Now I need to get some editing equipment so that we can make something people can watch.
That will be my next goal, so I am looking for grants to achieve it. I would be happy to hear from anyone who has any suggestions and support. 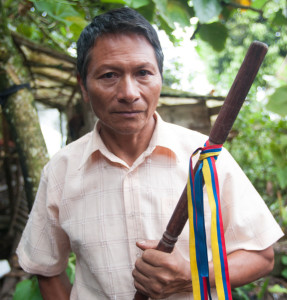 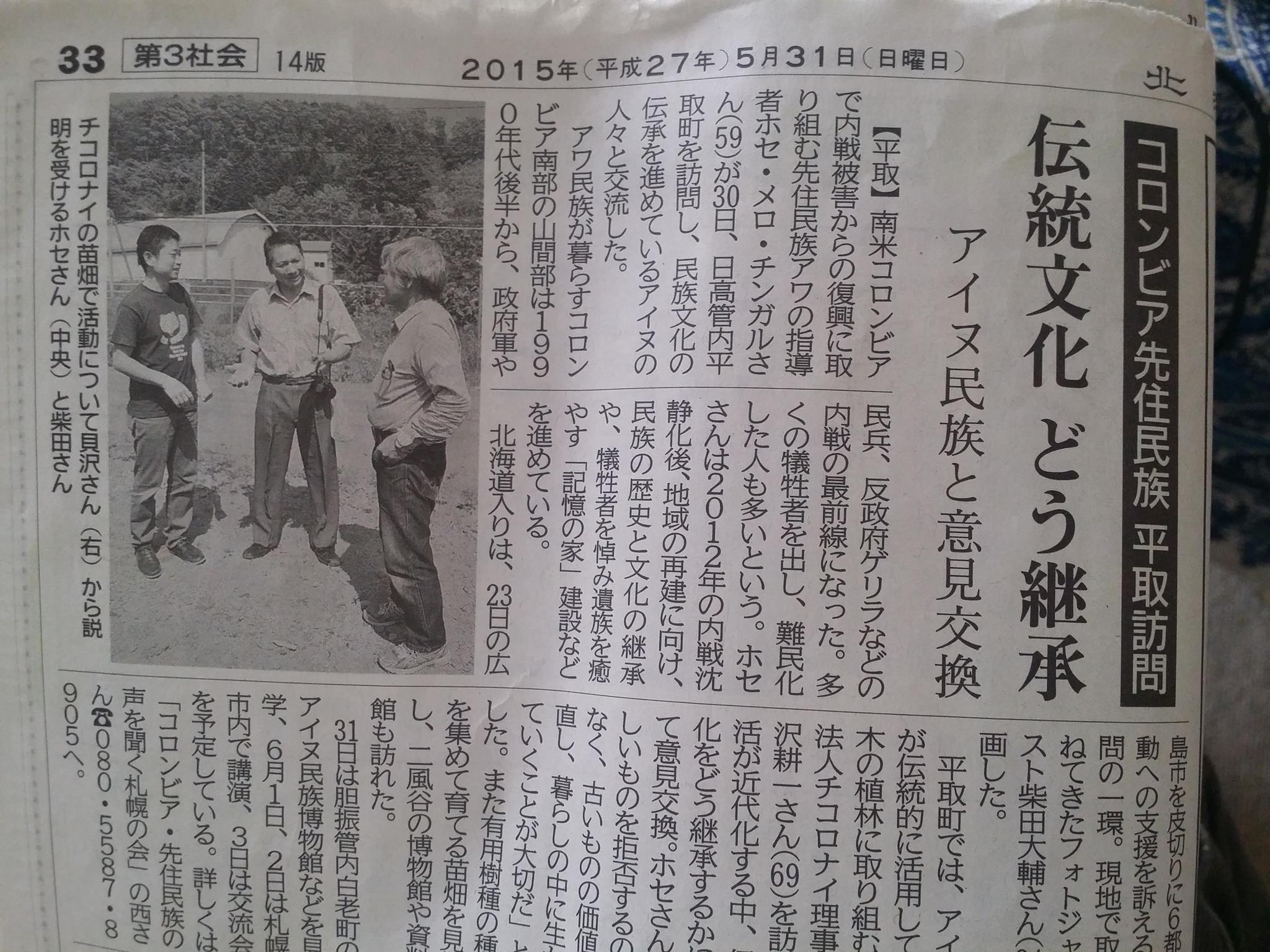